You are here: Home / iPhone apps / How do you measure social media app traffic?

This post originally appeared on the ADMA blog, its modified here with new implications regarding Twitter’s own URL shortener, t.co.

When I was speaking on a panel at ad:tech with Mark Higginson, Director, Digital Insights, Nielsen, he mentioned something about Twitter’s decline, citing Nielsen statistics for twitter.com. The panel was in the process of wrapping up, so I couldn’t jump on the inaccuracy, but now more than ever, is the time to address the broken digital measurement model.

Nielsen, comScore, Hitwise, Google AdPlanner et al, look at website traffic, and while this would have been gospel 10 years ago, and still relevant 5 years ago, “web” measurement just doesn’t capture what’s really going on in the online space anymore. This is particularly true for social platforms whose content, links or engagement take place within a mobile application.

Two interlinked trends are behind this: the rise of smartphones and tablets, and the resulting shift mobile app usage eclipsing web browsing.

In 2011, smartphones and tablets shipments now exceed desktop and laptop computer shipments. 79% of all new phones shipped into Australia are smartphones. iPhone represents 31.4% of the entire phone market in Australia–that includes dumbphones (no internet access) and featurephones (internet access but no apps or computer-like features) – up from 18.8% at the end of 2010.  iPhone’s market share of the smartphone market increased 10% in a single quarter to hit 40% in Q1 2011. Android is a close second in smartphone market share in Australia with 30%.

In June 2011, the traffic from the “internet of apps”, trending upward for a year, for the first time ever, eclipsed “web browsing” in the US. The mobile analytics firm Flurry says that daily time spent in mobile apps has now surpassed web consumption. The average user now spends 9% more time using mobile apps than the Internet. In June users spent an average of 81 minutes daily on mobile apps, compared to 74 minutes on the web. Flurry says that the growth in mobile app usage is a result of more sessions during the day per user, as opposed to an increase in session length. Even though Flurry can only access approximately one third of mobile application activity from the US, it does point to the rise of mobile apps in our lives.

comScore is adjusting its measurement of sites by segmenting into non-computer device traffic and looking at the various operating systems in its “Device Essentials” report. 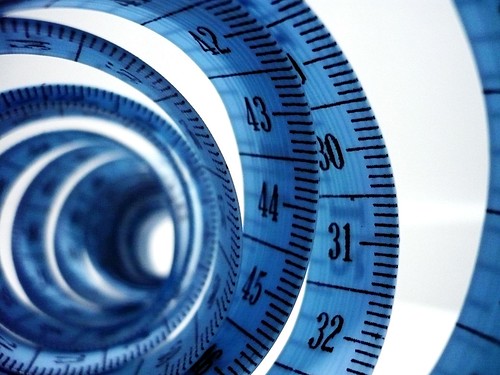 Going back to the Twitter example at the beginning of the post, rather than being in decline, Twitter is undergoing continued exponential growth. Twitter users are sending 200 million tweets a day, up from 65 million tweets a year ago. There are now more than one million registered Twitter applications, covering analytics, curation and publisher tools.In 2010, when Twitter endorsed its mobile apps (through purchase or build), it’s mobile users has jumped 62 percent since mid-April 2010, and, remarkably, 16 percent of all new users to Twitter start through mobile, as opposed to the five percent before Twitter launched its first Twitter-branded mobile client.

Since August 17 2011, Twitter has implemented the t.co shortener, all links (longer than 20 characters) posted on Twitter.com or any Twitter client have been wrapped with a t.co URL. This means all analytics tools are picking up ‘t.co’ as the referrer as opposed to a particular twitter client (Twitterrific, Tweetdeck etc.) or just twitter.com.

The public story is that Twitter users are being protected from phishing sites and scams, the side effect has a big impact on measurement, particularly being able to identify traffic being sent to a site from a Twitter source. So now, web analytics will be able to see referral traffic as coming from t.co regardless whether it came from an app like Tweetdeck, or Twitter for iPhone, or  Twitter.com. This goes a long way to giving Twitter the recognition it deserves, and as Zee from The Next Web puts it, the fight  is now on with Facebook and StumbleUpon, long seen as the kings of social referral.

An amplified app story is even more evident Foursquare, where “website traffic” is a pointless metric: all engagement and interaction takes place in the app on the smartphone device. The only “website traffic” on Foursquare would be Superusers fixing broken or repeated links for venues. Likewise Instagram, one of the social networks success stories of 2010 and 2011, made a strategic decision to exist as an iPhone only app accessible, photo sharing social channel.

There is now more activity in the “internet of apps” than on the “traditional” web. Most of this is invisible to marketers. Isn’t it about time we rethought how we measure digital activity?