You are here: Home / change management / Move online – or move over 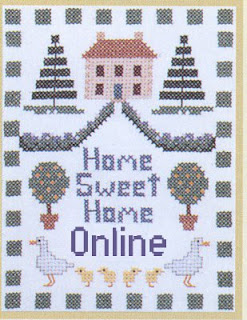 In my previous incarnation as a Digital Communications consultant for Westpac Banking Corporation, the internal communications managers and I were lucky (!) to hear a personalised speech towards the end of 2006, from the Australian Liberal Party’s Spin Doctor. A farmer’s son from the northern, drought stricken area of South Australia, he was an arrogant and boastful guy, intent on bragging about his great initiatives that kept the wheels of John Howard’s bigotry bus spinning round, including his role in the Tampa children overboard incident.

Having experienced first hand Mr Liberal PR’s terror of the interweb, I laughed out loud at the headline in last Sunday’s Herald “Libs hope answer to woes is online” The synopsis of the article is that the Coalition failed abysmally to fully recognise the importance of the internet during the 2007 federal election campaign (well now you know the real reason why:)), and that John Howard’s YouTube videos only produces the worst kind of PR, because he was stiff and scripted, turning off huge amounts of voters.

The other piece of gold in the article cites that only 3 (yes 3) formal senior Liberal Party members could use a computer. Malcolm Turnbull is one of the 3, so it seems logical that he is their only hope for the future:)) Another Liberal bigwig is quoted as saying the Liberal party “must invest in the internet to become a modern political party”. Check out the full article at https://tinyurl.com/67yhdk

Having heard straight from the horses mouth how far behind the Liberal Party has been in terms of its online strategy, its going to take a lot more than physical investment in technology to bring the Liberal Party into the 21st century. The cultural shift required to bring a bunch of old men who have never bothered to even learn how to use a computer, will be a far more daunting task. Because they had the mistaken belief that the rest of Australia also lived in their warped 1950s view of the world, it was a classic case of reality distortion not working at all – they underestimated the power of the digital channels to their peril.

Prioritising the importance of an online platform is only step one, actually using that platform effectively may only happen once the “old world” generation move on, or get with the program. Given the admitted lack of any computer skills whatsoever, I would say that the Liberal Party’s ability to make the giant cultural leap required is not a bet I am willing to make.

Kevin07 all the way!