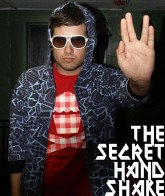 photo credit: Intertwining throats ♥ in the field of laborers

There’s been some healthy debate around the “exclusivity” of the Sydney Social Media Club. And despite the title of the post, you won’t need to memorize the secret handshake to be let in. Mumbrella released the news this morning about the Social Media Club Sydney starting up,  with the first event scheduled for April 27th featuring the figures at the centre of two famous social media incidents in 2009 – the (fake) Stephen Conroy a.k.a Leslie Nassar and Naked Communications Adam Ferrier.

The theme of the first event is Authenticity and Transparency in Social Media. We’re hoping for enthusiastic debate and discussion around these key strategic issues:

Social Media Club Sydney has been set up by Doug Chapman (President – Asia Pacific at The Marketing Store), myself and Heather Ann Snodgrass, (Social Media Advisor at Amnesia Razorfish). We’ve created a  Twitter account @SMCSYD and a Facebook Group (Social Media Club Sydney) It’s the local chapter for Social Media Club (SMC) started by Chris Heuer and Kristie Wells in July 2006 to help people find all the relevant “communities of interest” in which they want to participate. In their words

“[SMC] want to help you explore your personal and professional passions by helping you connect with a community of your peers based on both geography and areas of interest. We want to ensure that the world of Social Media does not become an echo chamber of self-reinforcing thoughts, but is instead fueled by diversity of opinion and perspective.”

The format will be short presentations which highlight relevant social media case studies – from media, government and industry. There is a “no pitch/no sell” policy, so the presenters who try to do a hard sell will have to face the consequences. In this presentation format, we are hoping to have 2 to 3 different people/perspectives per session – short and to the point. Audience feedback and question time will be encouraged, as will the live Twitter backchat feed.

The intent of the Twitter account and the Facebook group is to get as many diverse people involved in SMCSYD as possible, and outside of the usual marketing/advertising/branding people that normally dominate the dialogue in this space, and to be a place where people come to learn about how to use social media effectively, both personally and to promote brands or businesses.
SMCSYD will be an addition rather than a replacement for the Social Media coffee mornings, as we’re intending to meet once a month in the early evenings so there will be more time to explore the wider issues presented in the case studies via open forum discussion as well as personal chat.

We’re encouraging people to get involved through the Wiki, Facebook and Twitter. Alternatively, let us know whether you think the Social Media Club will be useful to you via your comments here.